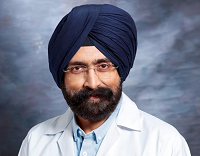 Dr. Soin is recognized the world over for his pioneering work in establishing liver transplantation in India. He is the Chairman of Institute of Liver Transplantation and Regenerative Medicine.

He is one of the founder members and Trustee of the HOPE (Human Organ Procurement and Education) Trust which is a non-governmental, non-profit body aimed at spreading awareness about brain death and organ donation in order to benefit hundreds of thousands who die from organ failure in India annually.

Dr. Soin and his team currently perform 16-18 live donor liver transplants every month with results which are at par with the world's best centres i.e., a success rate of 95% for the patients and an excellent safety record for the donors. Apart from referrals from all over the country, he handles cases from the rest of South Asia, The Middle East and Africa. In his extensive experience of 18 years as a Liver Transplant and Hepatobiliary surgeon, he has performed more than a thousand liver transplants and more than 7500 other complex liver, gall bladder and bile duct surgeries. Dr Soin has to his credit, almost all the country’s FIRSTS in liver transplantation, in addition to 3 global firsts.

He spent 12 years there gaining his MBBS and MS degrees followed by specialist experience in Liver and Gastrointestinal Surgery. He then went to U.K where within six months, he obtained FRCS from both Glasgow and Edinburgh, and then trained and worked in two of the world's most renowned centres for Liver and Biliary Surgery, and Liver, Kidney and Pancreas transplantation for 6 years.

He became the first Indian and only the fifth surgeon in the UK to qualify and obtain an Intercollegiate FRCS in Transplant Surgery. He spent a year at University of Birmingham with Prof P McMaster and 5 years at University of Cambridge with Prof Sir Roy Calne who is acknowledged worldwide as one of the pioneers and founders of modern transplantation.

At Cambridge, he was a Surgical Tutor for the University MBBS students and Faculty for Royal College Training courses in Basic surgical skills and Laparoscopic Surgery for junior surgeons. In addition, he conducted pioneering research in experimental intestinal transplantation, and clinical liver transplantation.