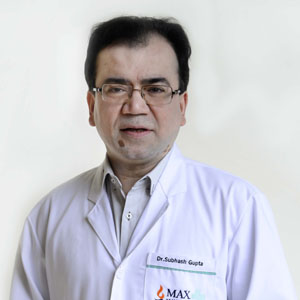 Prof. Subhash Gupta is the President of The Center for Liver and Biliary Sciences. He has acquired an outstanding reputation in the field of Liver Transplantation comprehensive management of complex conditions of Liver, Biliary tree and Pancreas. The Center has a highly qualified team Surgeons that has performed number of Living Donor as well as deceased donor liver Transplants. In 2013, the Team has also Helped other Centres within India and abroad to set up liver transplantation. The Team has helped hospitals in Pakistan, Bangladesh and Kazakhstan and results are comparable to those of the most acclaimed Centers around the world.Complex Liver resections for advanced cancers of the Liver, Gall bladder and bile ducts Cholangiocarcinoma are performed regularly at CLBS with gratifying results. Surgical procedures are complemented by an advanced intervention radiology setup that deals with procedures such as Channelisation, radio frequency ablation and per cutaneous alcohol injection into tumor tissue.