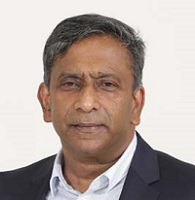 Prof. Mohamed Rela is a pioneer in Liver Transplantation with over 28 years of experience. He has performed more than 4500 liver transplantation in India and abroad. He is also a Professor of Liver Transplantation Surgery at Kings College Hospital, London. With a strong intent to save more lives, he is instrumental in opening India’s exclusive, largest Liver Institute in Chennai, India.

Saving lives has always been his priority … but on journey of saving lives, he has added Guinness World Records to his repertoire of records. Something others can just claim.